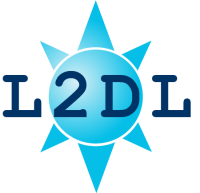 a hybrid symposium on research and practice

Home
Invited Presentations can be viewed in a playlist here

These presentations were livestreamed on October 23 and 24, 2020. The symposium schedule is on the L2DL home page. 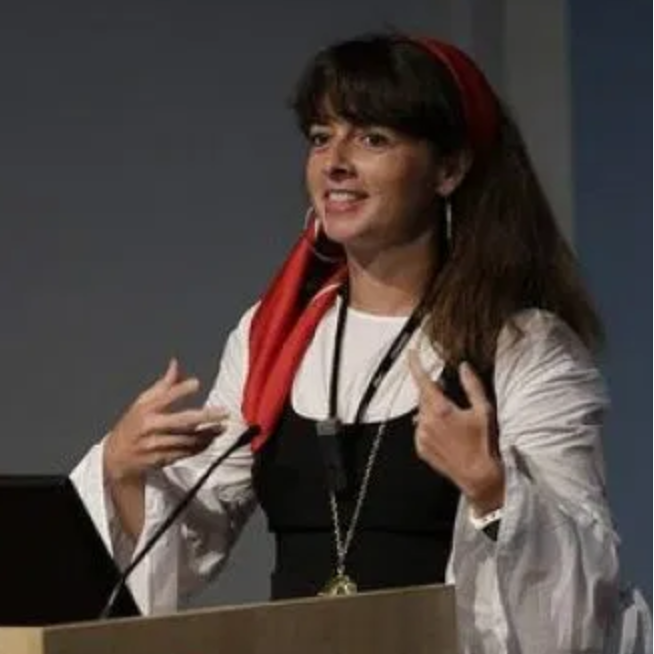 Dr. Shannon Sauro is a specialist in technologically-mediated language teaching and learning in the Department of Education at the University of Maryland, Baltimore County.  Her areas of research include the role of virtual exchange/telecollaboration in language teacher education and the intersection of online fan practices and language learning and teaching. She has trained teachers of English in both Sweden (at Malmö University) and the United States. Dr. Sauro is editor of the books CALL for Mobility (with Joanna Pitura), The Handbook of Technology and Second Language Teaching and Learning (with Carol A. Chapelle), and of the special issue on “CALL in the Digital Wilds” of Language Learning & Technology (with Katarina Zourou).  Dr. Sauro is a past president of the Computer-Assisted Language Instruction Consortium (CALICO) and executive board member for UNICollaboration, an international organization for virtual exchange.

Virtual Exchange (VE), a pedagogical approach that employs sustained, technology-enabled partnerships between geographically or culturally separated individuals and groups (The EVOLVE Group, n.d.) has inspired several large-scale, multi-site European projects and initiatives which explore its impact on specific populations of university students and young people in specific contexts (see, for example, The EVALUATE Group, 2019; Helm & van der Velden, 2019). Among these is EVOLVE (2017-2020) a European funded project comprised of 12 university and organization partners, which set out to examine the impact of VE on the development of student competences across a wide range of disciplines in higher education.

Participants were students from predominantly European universities classes as well as their partners classes in Asia and North and South American in disciplines as diverse as business, marketing, religion, journalism, teacher education, and language-related fields. Student learning outcomes were elicited through the following: (1) pre- and post-VE protocols that consisted of both 5-point Likert scale items as well as open-ended questions; (2) reflection portfolios completed by a subset of participating classes, and (3) individual interviews with focal students.

The EVOLVE Group. (n.d.) What is virtual exchange? Retrieved from https://evolve-erasmus.eu/about-evolve/what-is-virtual-exchange/

The EVALUATE Group. (2019). Evaluating the Impact of Virtual Exchange on Initial Teacher Education: A European Policy Experiment. Retrieved from: https://www.evaluateproject.eu/ 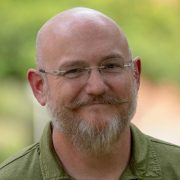 Jonathon Reinhardt, Ph.D. (Penn State) is Associate Professor of English Applied Linguistics and Second Language Acquisition and Teaching at the University of Arizona. His research explores the informal and formal practices of technology-enhanced language learning and teaching, especially with emergent practices like social media and digital gaming. He is the 2019-20 President of the Computer-Assisted Language Instructional Consortium (CALICO).

The designs of intercultural educational partnerships have evolved hand-in-hand with the technologies used by them since they first began. Early collaborations used dedicated websites (Furstenberg et al, 2001) and Web 1.0 tools like email (Warschauer, 1996), while later partnerships have used blogs, wikis, learning management systems, and most recently, vernacular social media tools (Reinhardt, 2019). How have these tools impacted the practices of virtual exchange (VE)? In particular, how does the trend for these tools to become increasingly everyday, informal, and extramural impact their adaptation for formal uses as well?

In media studies, the concept of ‘mutual shaping’ avoids technological determinism but recognizes that the medium is not wholly neutral (Quan-Haase, 2013); Kern (2014) has warned of the subtle mediational effects of social technologies on interactional outcomes, and calls for a ‘relational pedagogy’ that “focuses on how medium and context interact with language use” (p. 340). How have these ideas impacted the pedagogies of VE? To what extent have what might be termed ‘intercultural social media literacies’ been addressed by, or integrated into, VE pedagogies? Should they be, and if so, how? This talk addresses these questions by exploring recently published VE and social media studies literature and by reporting on interviews with several VE practitioners. 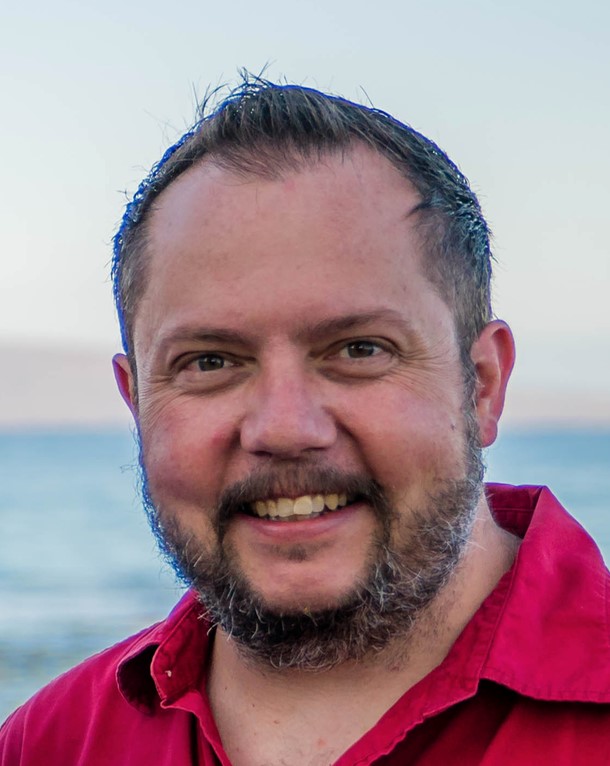 Dr. Cunningham is Assistant Professor of German at Georgetown University in Washington, DC, where he is also Director of the undergraduate curriculum. Situated at the intersection of technology-mediated second language pedagogy and instructed pragmatic development, his research has appeared in various peer-reviewed journals and edited volumes. In addition to studying the benefits of virtual exchange for second language learning and teacher education, Dr. Cunningham is interested in the role of telecollaboration at the curricular level. He currently serves on the editorial board of the Journal of Virtual Exchange and as a member of the executive board of CALICO 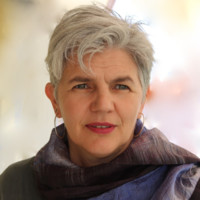 Dr. Helm is a researcher at the Department of Political and Juridical Sciences and International Studies – SPGI, University of Padova. Her research interests are in intercultural dialogue, virtual exchange, technology in education, language and education policies, and ethical internationalization of higher education. She is currently working on the Monitoring and Evaluation of the European Commission’s landmark Erasmus+ Virtual Exchange (EVE) project, launched in January 2018. The project has seen the participation of over 2000 young people in Europe and the Southern Mediterranean region engage in dialogue through virtual exchange and is a founding member of the Italian section of Scholars at Risk. 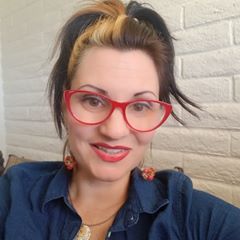 Dr. King de Ramírez is an Assistant Professor and the founding Director of the online Spanish program at the University of Arizona. She teaches upper division and graduate level courses on a variety of topics including online course design, international education, and world languages for specific purposes (WLSP).  Carmen hosts an academic podcast series, World Languages 21, that highlights leading scholar’s views on education, research, and curriculum design.  Her publications include the forthcoming book, “Online Language Teacher Training and Assessment“, a co-edited volume, “Transferable Skills for the 21st Century:  Preparing Students for the Workplace through World Languages for Specific Purposes” as well as multiple peer-refereed articles and book chapters. 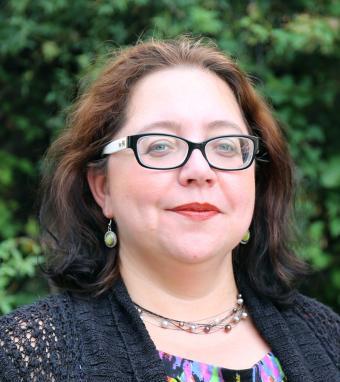 Dr. Klimanova is Assistant Professor of Russian and Second Language Acquisition at the University of Arizona. Her research examines language and cultural identity enactment in physical and digital spaces, including naturalistic and instructor-orchestrated social multilingual contexts. Her recent work investigates the role of lived experience in the development of intercultural competence and multiliteracies; the social and psychological aspects of multimodal identity representation in multilingual online chat, telecollaboration, and the digital humanistic frameworks of learning; and the role of digital experience in cultural learning within the framework of digital humanistic pedagogy. She currently serves as a member of the executive board of CALICO and an executive committee officer and Slavic Sector head at AAUSC (American Association of University Supervisors, Coordinators, and Directors of Language Programs).

Panel – Online Education during Times of Crisis: Challenges of Teaching during COVID-19

The global pandemic, COVID-19, has touched every aspect of our lives, challenging us to re-envision how to carry out personal and professional duties. Educators have been particularly affected by the pandemic as academic institutions across the world moved to a 100% online teaching format during the first half of 2020. This unexpected and unprecedented mass transition to online teaching modalities has provoked a myriad of consequences for both students and educators.  In this panel, educators from diverse institutions discuss how they have adapted to and continue to cope with the academic, social, and emotional changes wrought by teaching online in a time of crisis.

State of the Field: Commentary on Digital Presentations

This talk synthesizes the wealth of knowledge obtained from the digital presentations that were available online throughout the L2DL conference. It provides a review of the state of the field and synthesizes major trends, findings, and pedagogical recommendations. In this talk, the presenters also point out possible gaps in our understanding of virtual exchange, literacies, and digital pedagogies and suggest areas for further research.

This event is funded by a grant from the US Department of Education that supports the Center for Educational Resources in Culture, Language and Literacy (CERCLL) and organized with the Technology-Enhanced Language Learning Initiative. It is sponsored by the College of Humanities, College of Social and Behavioral Sciences, Second Language Acquisition and Teaching Program, and other units at the University of Arizona.